…and I’m still here.  Yep, that’s right today is my 1,000 post on the blog!  If I were a real blogger there would be glitter, confetti and fireworks, and I would have a totally awesome giveaway lined up for you.  But, I don’t.  The only thing I have is more cute Sky pics and my usual ramblings about life and running.

Speaking of running, tomorrow is my last race of the year!  It’s kind of funny to me that my last race of the year always seems to be a 5K, and I kind of despise 5K’s.  Just not my favorite distance to run at all.  But, it’s the Santa run and it’s always a lot of fun.  The best part is this year I have Sky’s 1K to look forward to after I finish.

I have gone back and forth on how I’m going to run tomorrow.  My original plan to run with my cousin has fallen through due to an injury, so now I’m running solo.  Since that doesn’t happen often for me, at this distance, I think I’m going to go for a PR.  I’m just shy of 5K PR pace when I run with Sky, without even trying really…just running at a pace that feels good, so it makes me think I have a PR in me running solo. Given that I haven’t put any true effort into speed work I could be totally wrong about my ability, but I’m going for it.

Even though my 2014 running goal is to PR all my distances I would be perfectly happy getting the 5K done early, and focusing on the longer distances in 2014.  Shout out to Michelle and Grace as they are running Graces first 5K.  And, a shout out to Kiera as it will be her first 1K!  Love the little runners we are raising!

Yesterday Sky spent her time running around the children’s museum.  Until she found the nursery and then all she wanted to do was hold her baby and feed it.  The sad tears she had when I told her she needed to let the other kiddo’s have a turn just about broke my heart.  It must of broke hers to because she was done playing after that.  All she wanted was to go home. 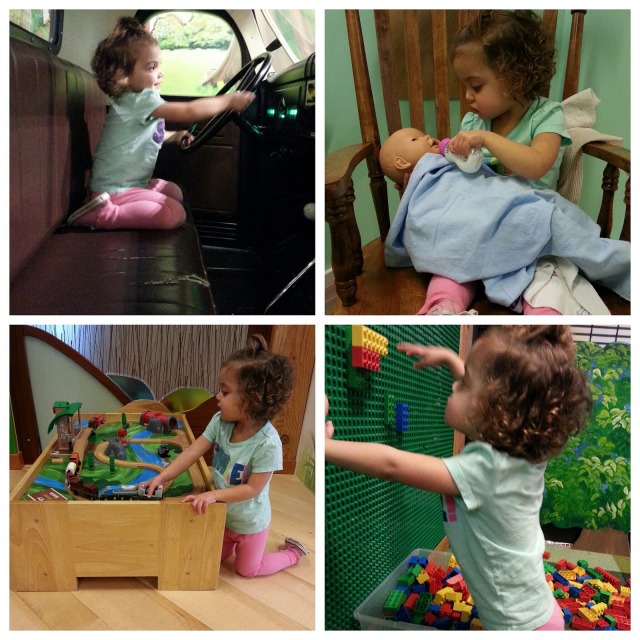 She loves pretending to drive that old truck, it’s the first thing she runs to every time we visit the museum.  The Lego wall and train table are close seconds.  I’m wondering though if the nursery is going to become the new favorite.  She looks so serious!

What’s your favorite distance to run?

Mine is the 1/2 for sure.  Just long enough to be challenging but not so long that I want to give up (unless it’s See Jane, I still have bad dreams about that race!).

First let’s take a moment to thank all those who have served this country, and are currently serving.  And, let’s not forget their families and the sacrifices they have made back home.  Thank You for all that you do!

We spent the weekend in Portland with our friends Lesley and Trevor, and had so much fun!  Mark saw a show on Food Network that featured a specific restaurant in Portland and he decided a weekend with friends and amazing food was what he wanted for his birthday.  We shopped, toured Portland, visited Powell’s, rode the Street Car and the Sky Tram, had amazing dinner at Olympic Provisions, and spent lot’s of time chatting and just having a good time.

The only bummer is Sky came home sick, so I really only have time to share some quick pics before she wakes up.  It’s going to be a day full of snuggles and taking care of her.  But, at least Mark is off today as well, so we can tag team it.

I will do a full restaurant review and post Mark’s pics soon! 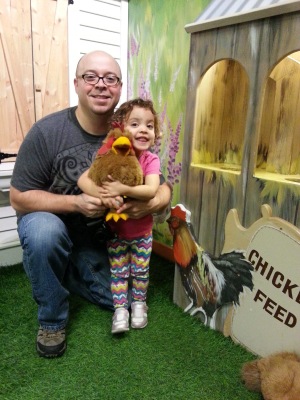 We started out Friday at the Children’s Museum in Olympia.  We won a 6 month membership and activated it Friday, and let her burn some energy before hitting the road.

After all the play time we need some lunch before leaving town.

Walking the street of Portland together. 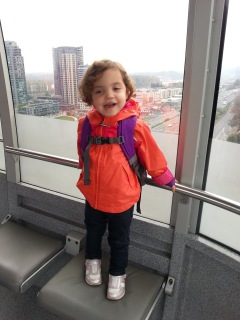 Above – enjoying the Sky Tram and Below – having fun on the Street Car, which she called the train.

﻿
Watching the Mississippi St. game together.

There is a remodel going on at the house and the above pictures was her attempt at taking a nap with the racket going on.  Below was how she spent part of the ride home.

I hope everyone had a wonderful weekend!!!  I’ll post food pics and more about the restaurant as soon as I can!
P.S. – Friends and family in the Olympia area…Sky and I will be visiting the museum once a week, so I will be hitting you up to see who want’s to join us!  ﻿
﻿