Christmas felt really long to me this year, mostly because my Dad and I started out the week in Pittsburgh at the Steelers game. Truly the trip of a lifetime! 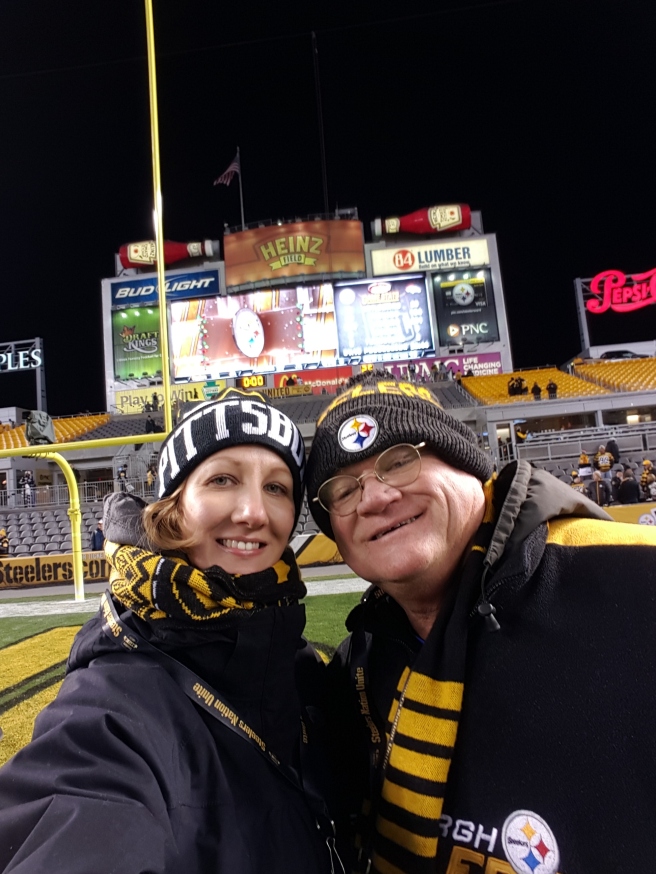 We had so much fun, and I still can hardly believe I was sitting in one of those yellow seats, waving my terrible towel, and watching my team play on their home field. I have an even harder time believing we got to walk down on the field, stand in the players tunnel, and hug the goalpost.

Being at the game was amazing, but maybe the coolest part of the whole experience was being in Pittsburgh, being a home-team fan for a change. Being part of the black n gold crowd that was all over the place. The feeling of game day in Pittsburgh…I’ve never experienced anything like it. The fans are so calm yet excited about their team. It was a football tailgate party from about 9am to well after 11pm, and yet people were not crazy or over the top. There is a calm confidence that the Steelers will win, and if they don’t it’s ok. It’s not the end of the world, they are still the Steelers, and still the “thing” that makes Pittsburgh the city tick. It’s all Steelers, everywhere you look, and several times fans mentioned “out of respect to the Roonies we don’t do this or that”…it was all about being amazing fans, but showing and behaving with respect and dignity as well.

Different than other football experiences I have had to say the least. I was already a proud Steelers fan, but now I’m proud of the team, the owners, and the city itself.

After a whirlwind trip to Pittsburgh and back it was time for Christmas with the family. We had such a lovely time, so nice to be in E WA and have a white Christmas, well the day after anyway. Sky loved it and was pretty ticked at having to leave the snow, and loved ones, behind. 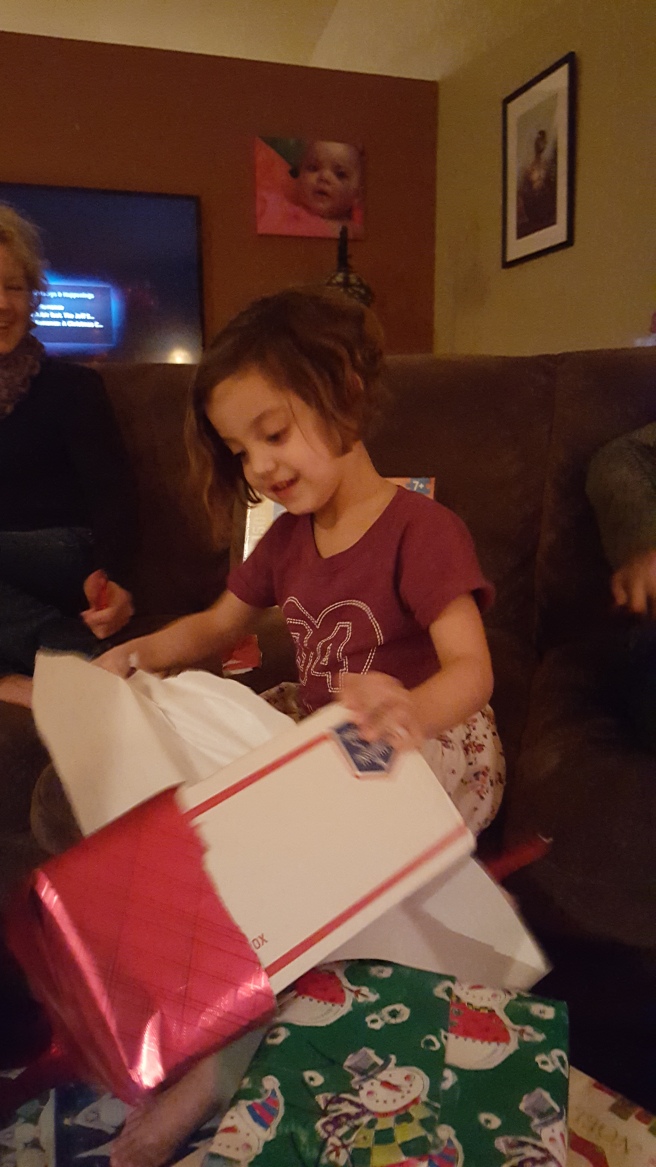 Follow todaysadventureis on WordPress.com
Dropped down below the snow and found that Fall color we were looking for! #FederationForestStatePark #everydayadventures #teamyeatman