One of my very favorite pictures of Sky ever is the one of her getting ready to go see Santa from last year. 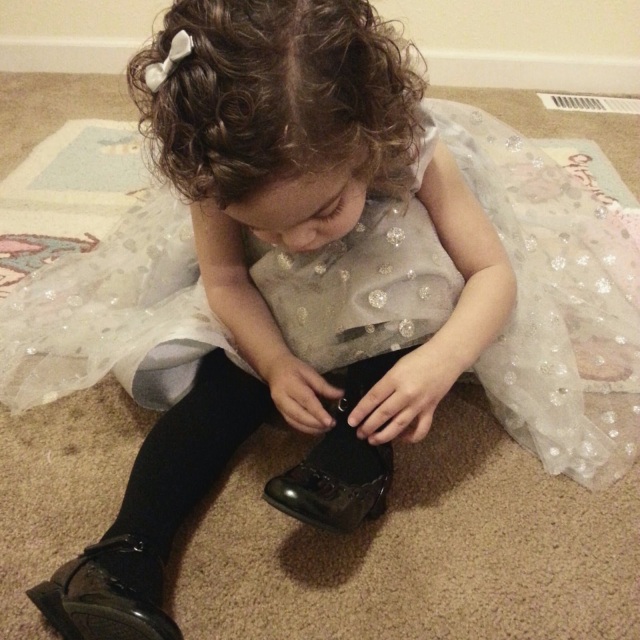 Getting Ready for Santa 2013

That dress was so fluffy and full of sparkle and she was so proud of her big girl dress up shoes. She had to buckle them herself.

A year later and not much has changed. Her Santa dress and shoes have been in her closet for months. She’s been looking at them and asking to wear them almost daily, but surprisingly not having fits when the answer was no. Finally last night was the night!

Getting ready for Santa 2014!
I love how excited she gets to dress up for special occasions. That dress though…so much sparkle, and glitter everywhere.

Anyone who lives near a Bass Pro Shop…Santa’s Wonderland and Santa himself = amazing! First Santa ever to really take time to talk to each tot, ask questions, listen, and make the appropriate fuss over her dress and shoes.
I really love that you walk out with your photos in hand. They print them right there on the spot, and once you get home you have code to go get the digital image as well. We got more photos this year for way less than we had been paying for just 4 wallet pics in previous years, and Sky had a blast!
The one thing that survived from 2013 to 2014…the silver bow in her hair. It’s made it into both Santa pics!