I’m totally in a state of recovery over here.  I’m more sore after my 6 miles yesterday than I have been after some of my half’s.

It feels good in a twisted way though.  I pushed hard on a route I usually run a good 1:30 to 2:00 minutes slower per mile than I did Sunday, so it makes complete sense that my quads and butt are feeling it today.  Oddly enough my shins hurt to…ok now that I think about it not odd given the equal amount of down hill.

It’s been a compression sock, sweats kinda day…I didn’t even bother changing before going to my board meeting tonight either.  That is unheard of for me, when meeting with those that wear ties I tend to dress accordingly (I mean I only have to dress up once a month so it’s kinda fun), but I was sore enough today that I didn’t give a crap.  Plus oddly the meeting was over in less than 30 minutes, so I’m glad I didn’t get all done up!

I’ve spent a ton of time rolling, using a ball on my foot, and a torture stick on my legs.  They feel better, but man I’m worn out!

I leave you with a pic of Sky from one of her walks with Grammy and Grampy…thank you Jan for sending me the pic! 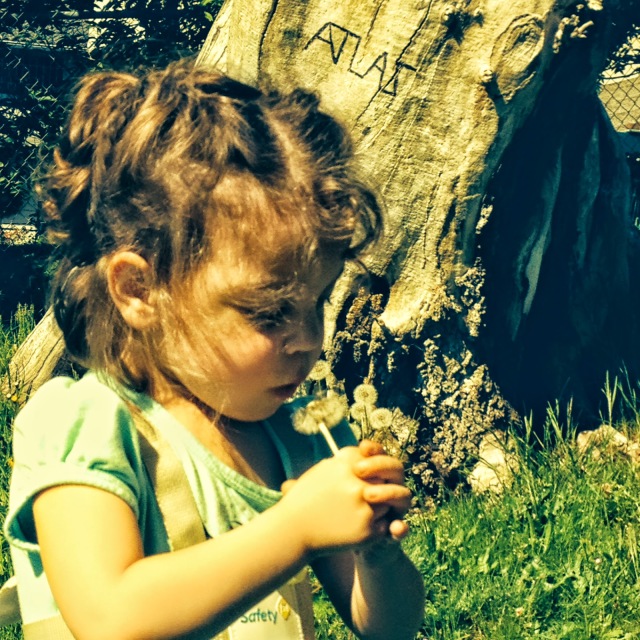 How are you recovering from the weekend?