It feels like we are celebrating Sky’s birthday all week, and we kinda are.  By the time we catch up with everyone that wants to celebrate it we will be into next week already!

Before I talk about her party I need to apologize to those that didn’t get the Facebook invitation until the day of, or to those that never did get it.  I sent the event out through FB in an attempt to save money on postage, but found out (way to close to the party day to send snail mail invitations out) that it didn’t go through to a lot of the people we invited.  I emailed and sent text’s messages frantically to let people know they were invited.

Before we could even put a candle in the cupcake she had grabbed it and shoved it in her mouth.  Oh well, it is her birthday! 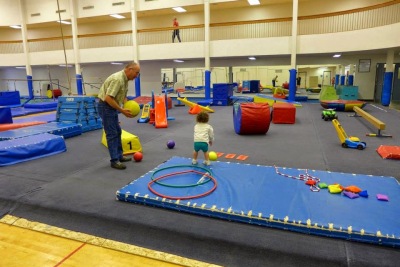 There was so much fun stuff in the family gym at the Y!  Sky, and all the kids…and the adults for that matter, were able to run around like crazy and not be told no.  From balance beams, to rings, uneven bars, and a trampoline built into the floor, oh and the rope swing (that was a big hit) everyone had a blast!  I think the adults played harder than the kids did actually! 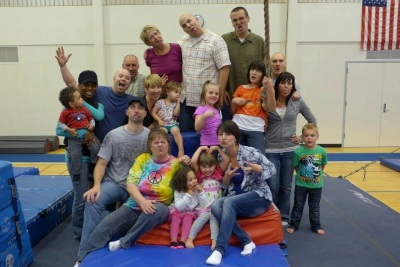