It’s FOOTBALL day enough said!  And, Steelers have the Sunday night game…we will be decked out in our Steeler gear tonight!

Been a busy weekend!  Started yesterday with the Cupcake Virtual 5K.  It was cold, rainy, and really windy, but everyone showed up and toughed it out.  And, we had strawberry cupcakes at the finish!  Shout out to Jon and Winona who finished the Chambers Bay Loop (crazy hills yall!) in 21 ish minuets and 24 ish minutes respectivly.  That is crazy fast for a 3.2 mile super hilly loop! 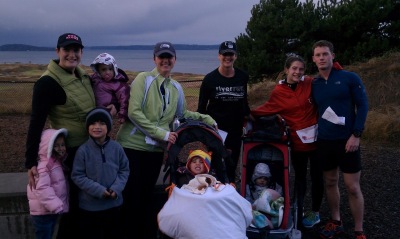 Elya and the 3 kiddos (she pushed 2 while her son rode his bike), Michelle and Kiera, me and Sky, Winona, Jon, not pictured Alex and Abi, who walked the whole hilly loop and were down at the bottom during the pic. 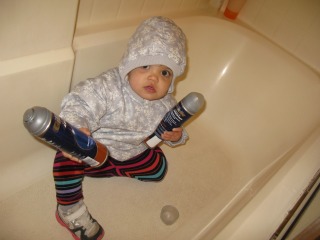 Got sky all ready for our run and next thing I know she has climbed in the bathtub and apparently she thinks I need to shave before running!
This will be my last run until I get my blisters under control.  Yesterday jacked them up even worse, so I’m giving my feet a break this week and focusing on yoga and pilates, with a few dog walks thrown in.
After we got home Sky decided to work on her prize fighter look… 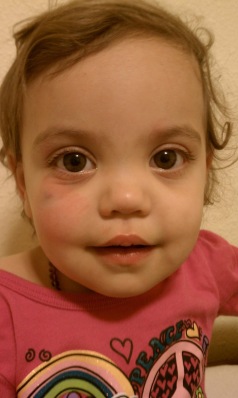 Her first black eye, it looks way worse this morning.  Best part is we have no idea what happened.  Turned my back for a second and next thing I hear is crazy crying and her whole eye and cheek are red and swollen.  Great Mommy moment right there! 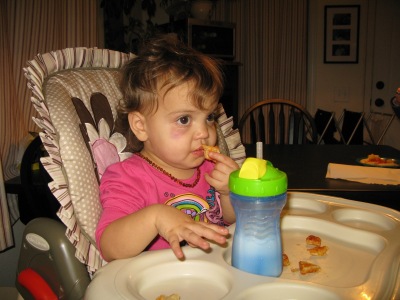 Purple eye…totally looks like she was in a fight!
Ended the day carving and painting pumpkins with the Beckham’s and watching Harry Potter… 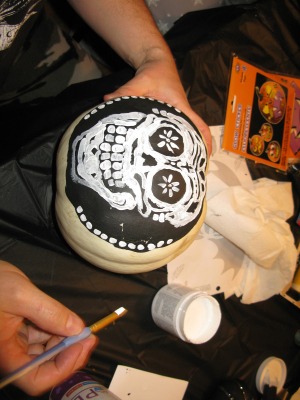 Mark’s Day of the Dead ghost pumpkin.  He had a pattern to look at but free-handed the painting. 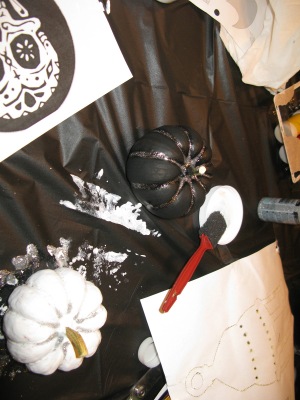 Small black and white painted pumpkins with silver glitter paint in the ridges are mine.  The black one looks really cool, the white one not so much. 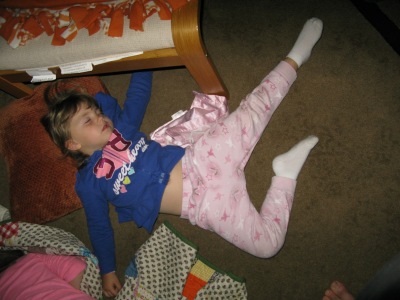 Kiera doing karate in her sleep. 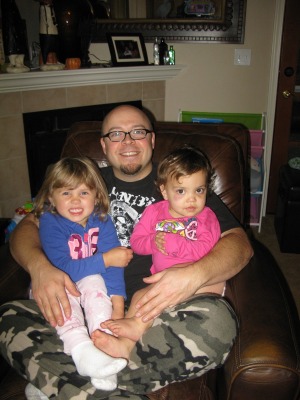 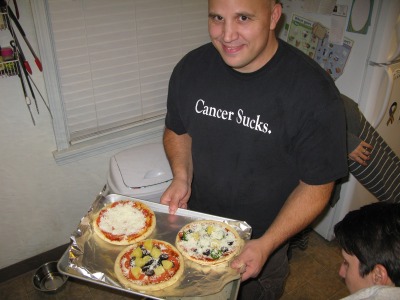 Mini build your own pizza’s…easiest guest dinner ever!  Bonus, Mark’s gluten free crust I made was the bomb! 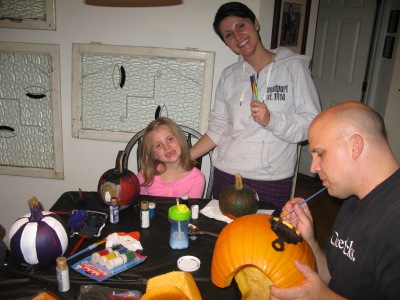 Grace, Michelle, and Bob working on pumpkins.   Bob’s pumpkin was cool…he painted a lantern in black and then carved out the glass part of the lantern so it will light up when they put a candle in it!  Pretty cool! 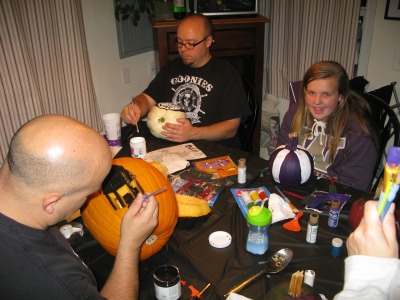 Mark and Ali painting.
Bonus pic…check this out: Finish Line for a finish line pic from the Pt. D Ultra, and I don’t look like I’m about to die or pissed off!  Really trying to look like I’m having as much fun as I’m actually having while running!